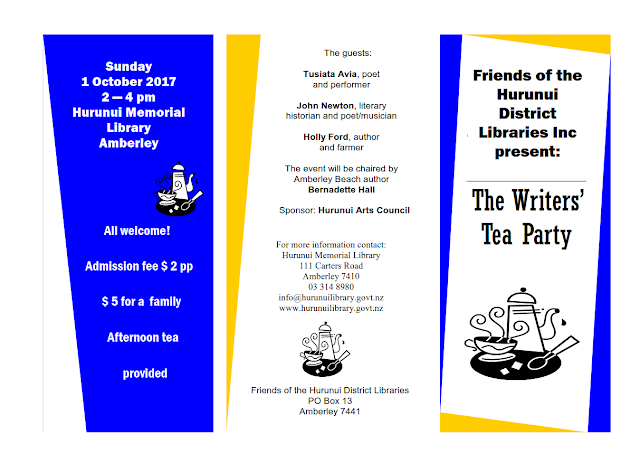 A notice in support of this event, happening in Amberley and chaired by Bernadette Hall.

The event features performance/readings by Tusiata Avia, John Newton and Holly Ford. Entry is just $2 per person or $5 for a family including afternoon tea! Splendid! 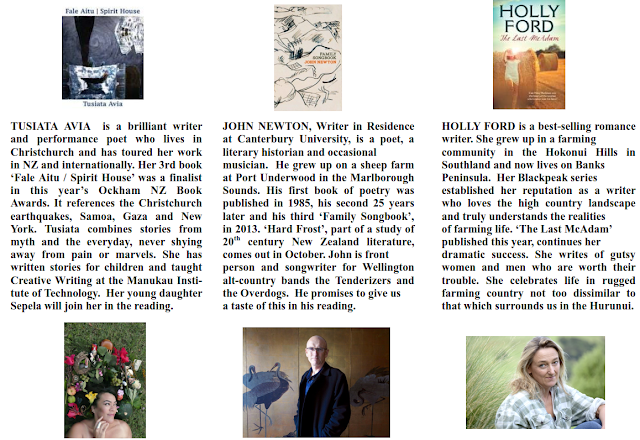 Posted by Catalyst at 9:39 am No comments: 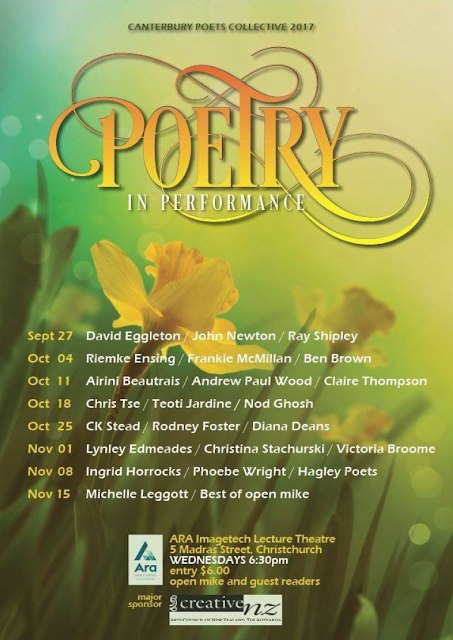 Posted by Catalyst at 9:23 am No comments: 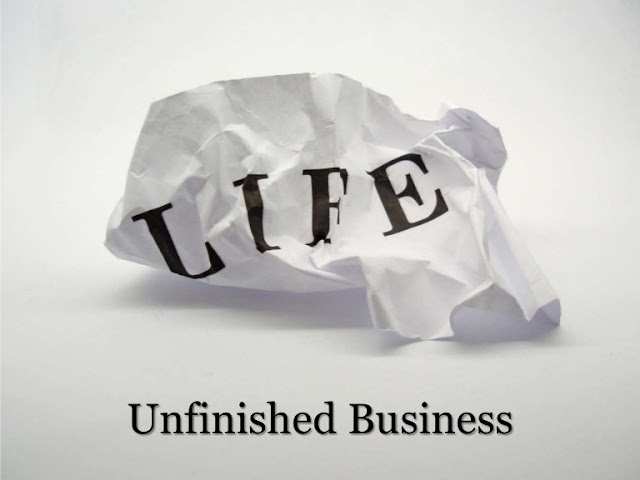 Following on from successful 'Christmas' themed open mics and the original one-off 'Juvenilia' night, this year we've been having the occasional themed open mic. They're always optional so people don't have to play, especially if they weren't prepared for it. We've enjoyed 'Heroes', 'Erotica', and even 'The Long Dark Teatime of the Soul' (thanks Douglas Adams!)

Sometimes they are decided by the participants but October's theme came to me out of a moment of frustration. Unable to complete a half-baked poem, I wondered if I could read it anyway. It occurred to me that probably most people have unfinished works that may or may not see the light of day and this could be fun.

So here it is! 'Unfinished Busi-'

Posted by Catalyst at 9:21 am No comments: 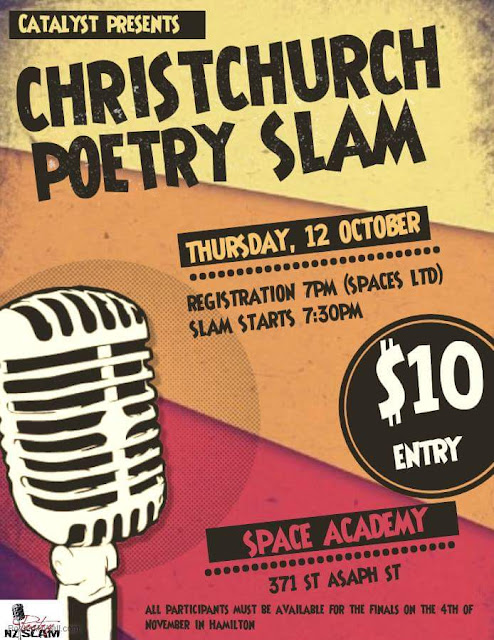 For the official rules see here.
Posted by Catalyst at 11:39 am No comments:

Here are the official rules of the Christchurch Poetry Slam as per the NZ Poetry Slam.