The Return of Catalyst Poetry Idol 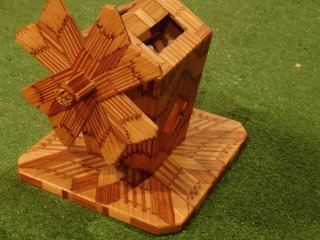 ... just when you thought it was safe to go back on the open mic...

WANTED: Poets with a stout heart, fierce, fearless and, where appropriate, balls of steel...

ALSO WANTED: Audience - must be prepared to judge, fair or harsh with a good ear and a light heart.

Oh yes you better believe it, Poetry Idol makes it's wintery way back to the Wunderbar for more literary hijinks, heartbreak n' hilarity. Last year the mic was furiously fought over by a whole horde of poets and the mighty Cris Fulton swept the stage and claimed the title (and a small wooden windmill trophy).

Who will it be this time? Do you have what it takes? Or do you want to be among the judges?

We want to see blood on the microphone! Tears before bedtime!

It's Catalyst's Poetry Idol: be prepared to entertain, stimulate, provoke, or move. Literally.

Registration for each round starts at 8pm, first 10 poets only. As always the audience is the judge, jury (and maybe even executioners...)

We expect to see you ALL there. Yes, (wait for it) you know you want to
Posted by Catalyst at 5:38 pm No comments: