Yes! There is an open mic this week!!!

Be there or be Beached As!
Posted by Catalyst at 12:27 pm No comments:

Cuban Foreign Minister Perez Roque said, on Friday, that Washington's 50-year-old blockade is the main obstacle hindering development in the country and is making it more difficult for the Cuban people to recover from the devastation that resulted from the hurricanes Gustav and Ike.


Below is the new post on the solidarity webpage explaining all and, below that, some suggestions of action you could take.

"Playwrights, poets, film makers and musicians have rallied to a request from their Cuban colleagues to call on the US to lift the economic blockade and in doing so have gone one step further and initiated a petition calling on the New Zealand Government to take decisive action to aid the Cuban people in the face of the devastation wrought by hurricanes Gustav and Ike.


The petition coordinator, film director and playwright Paul Maunder, has called others in the Kiwi cultural community to "assert their solidarity as a national grouping" and request the Prime Minister to grant immediate aid to Cuba and intensify its efforts to have the US blockade of the country lifted.


The recent hurricanes have left Cuba devastated and it will take billions of dollars for Cuba to recover. A recovery Paul notes "that is made hugely more expensive and problematic because of the hypocritical US economic blockade of the country."


"For some reason, Cuban's 'human rights failings' (which includes presumably their ability to cope with these hurricanes with less loss of life than any of the other countries afflicted, including the US) means that this small but significant country, must be punished further, now that they have been punished so severely by the politically indifferent hurricanes."


The petition calls on the NZ Government:

(i) to actively urge the US to lift the blockade,

(iii) and to be willing to support NGO agencies in the usual manner, if any wish to activate an aid programme with Cuba.


The petition is here

The Artists call is here


Action you could take:

Urge the artists, writers, musicians, poets, etc, that you know, to sign on

Urge your favourite aid agency / NGO to get involved

Cuba Solidarity Christchurch
Posted by Catalyst at 11:33 am No comments:

Just plugging some good friends of ours! If you like your spoken word and poetry gritty, atmospheric, charged and powerful - this is the gig for you.

with AJ Coyle, Ben Brown and I am the Light*

AJ Coyle’s annual Wunderbar performance is happening on 25th of September this month and promises to be an upbeat celebration of the magic of words and the imagination, featuring powerful poetry performer Ben Brown, soulful and enigmatic singer I am the Light*, and guest appearances from an exciting array of local musicians.

AJ Coyle is one of ’s most innovative performers and a captivating story teller. The show will showcase some new material and will include a preview of advance copies of ‘Subreal Urban Myths’ a collection of poetry and stories set in and around Christchurch’s Cathedral Square.

In 2006 ‘Subreal Urban Myths’ first appeared as a performance piece featuring a soundtrack composed by brother James Coyle, keyboardist for reggae groups Hikoikoi and Safari, and folk duo Jessie James. The show was performed with a seven piece jazz/rock ensemble at the Harbourlight Theatre, Lyttelton; the Dunedin Fringe Festival, and the Wellington International Jazz Festival.

“There is a natural sense in the current urban consciousness that the world is on a ticket to human powered self-destruction. “Freedom” is a conundrum and apathy rules. Andrew Coyle’s Subreal Urban Myths explores individual journeys in this environment; each character deals with a collective or global consciousness in their own ways. Their stories form a collective subreal; a narrated and implied groundswell of a population that is on the threshold of a new existence.” - James Coyle

Ben Brown is a multi published Lyttelton poet well known for his gripping and gruelling spoken word performances. A poet of the old school he has the capacity to grip the audience member by the throat and drag them through a fascinating world full of vivid characters, black humour and great damn lines.

Ben was recently crowned champion of performance poets in Christchurch winning his way to the top in an evening of knock out poetry at the Dux de Lux as part of The Press Christchurch Writers Festival 2008.

Ben will be performing his poems and will be accompanied from time to time from some of the local musicians. Ben will also be reading from his short story work Dogtown Blues, a hard hitting account of life in small town .


Support Act: I am the Light*

I Am The Light (Malisa Palalagi) began gigging at age 16 and since then has played in numerous bands such as ska band 4Manbob (CHC), pop-punk band All Left Out (AKL) and currently plays in post-hardcore outfit Mona Vale Falls and folk/soul duo The Gentlys.

This diverse cross-section of genres has given Malisa endless amounts of inspiration for her own song-writing creations. I Am The Light* is an intriguing layer-cake of sounds, ideas and creativity. She is hoping to record some of her latest collaborations with other local artists later this year. 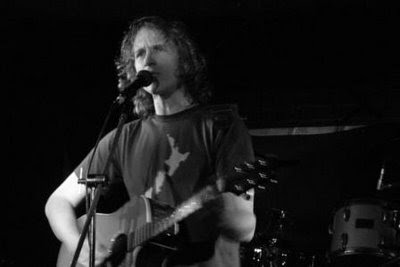 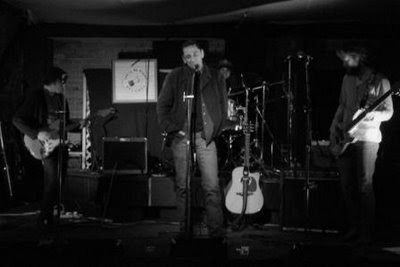 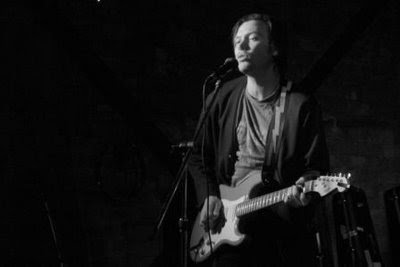 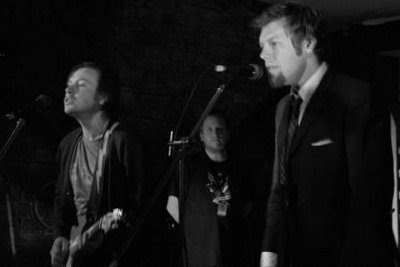 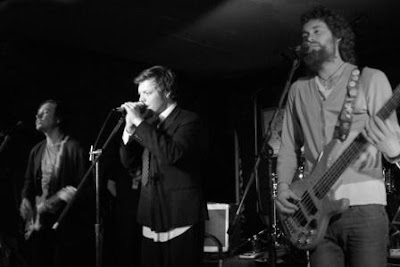 Jody Lloyd (Trillion) with Tono & The Finance Company
Posted by Catalyst at 2:30 pm No comments: 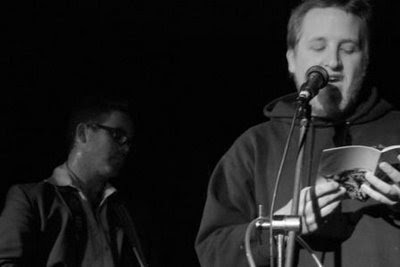 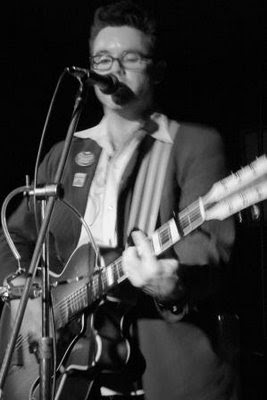 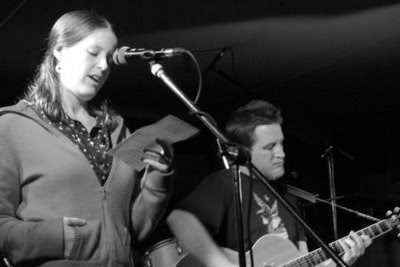 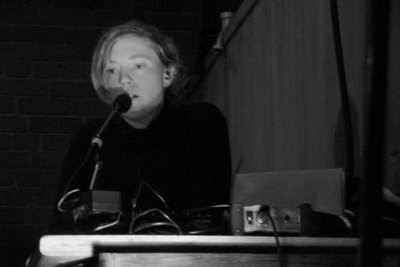 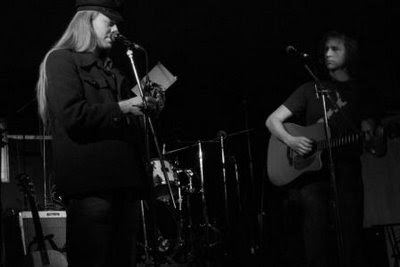 Posted by Catalyst at 2:22 pm No comments:

I just wanted to write about the significance of this volume in terms of what Catalyst is trying to achieve. At Neoismist Press we have a very human interest in numbers and their significance as well as patterns in mathematics so we can't resist doing something special for our 7th edition. Choosing to celebrate all the things we have achieved so far in Catalyst's 5 year history we wanted to represent them in this volume - poetry, visual art, design, spoken word and innovation. So on the occasion of our 5th anniversary and our 7th edition we have chosen to produce another CD volume containing 7 poems + 7 songs and in the accompanying booklet - 7 artists work. The innovation comes in the format of Catalyst 7 - forgoing the book format altogether and opting for a CD/booklet inside a DVD case.


We have long been fans of the quirky innovation of literary journal McSweeneys and have sought to emulate (with a miniscule budget)in some small way this playful approach to publishing Catalyst within New Zealand's literary scene. So far, we have largely been overlooked. Eschewed by arts funders and ignored by the literary press in New Zealand we have quietly continued to innovate and push boundaries all 'on the smell of an oily rag'. We may be small but we are proud. Catalyst was the first literary journal in NZ to commit to releasing CDs of spoken word. The polish and production of the first Spoken Word volume of poetry (accompanying Catalyst 4) drew praise from the music scene and silence from literary circles. However a raft of imitators and clones followed - poetry CD releases from other publications and poetry groups followed including the impressive series from Auckland University Press of Classic NZ Poets in Performance, Contemporary NZ Poets in Performance and lastly New NZ Poets in Performance.


Meanwhile Catalyst continues to quietly agitate in the shadows of such literary collossi. Catalyst 7: The Original Branch Manual once again breaks new ground in shifting it's format. In the first collection of spoken word (Catalyst 4), music was chosen to act as backing for the poets, enhancing and illuminating the delivery of the poem. This time round the exploration of the resonance between poetry and music is by direct contrast of songwriting and poetry. 7 songs were selected based not only on their musical quality but also their lyrical content. By juxtaposing the poems directly next to and overlapping the songs an alchemical reaction seemed to occur. In the words of Doc Drumheller "accidental synergy" even though the songs and poems were composed and written quite independently. The result of this experiment is The Original Branch Manual - Catalyst vol. 7.
Posted by Catalyst at 2:39 pm No comments: