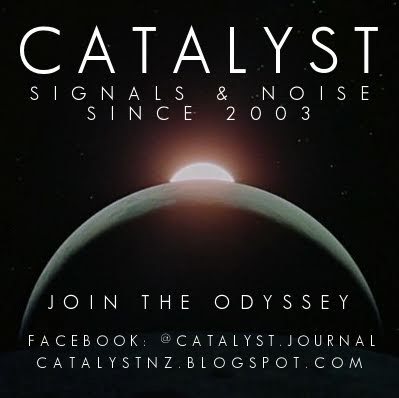 On Thursday 30th August, Catalyst launches its 15th volume at The Last Word on New Regent St in Christchurch, as part of WORD Christchurch literary festival. Join us to hear readings from several featured poets as well as stories from the founders and a sizeable whisky selection.
Posted by Catalyst at 9:36 pm 3 comments: 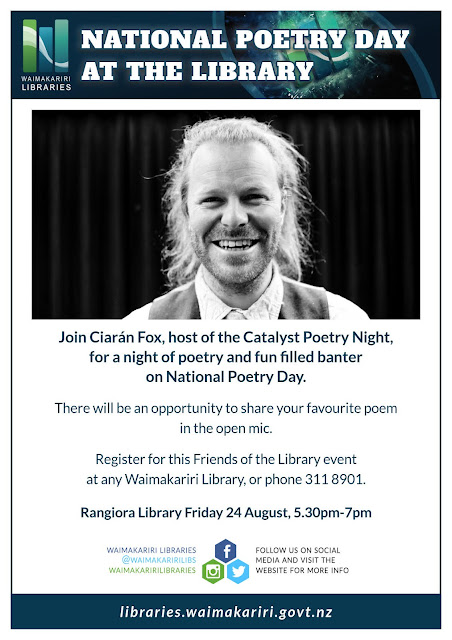 What a pleasure to be invited to read and host an open mic at Rangiora Library for New Zealand National Poetry Day. An enthusiastic group of readers came to share poetry and a cuppa. Some even brought costumes and props. We even gave a sneak preview of the new Catalyst volume 15 ahead of the official launch this week as part of WORD Christchurch in the New Regent Street Pop-Up Festival.  Many thanks to Waimakariri Libraries for the opportunity.
Posted by Catalyst at 8:52 pm No comments:


As always, remember: the point is the poetry not the points!
Posted by Catalyst at 3:53 pm No comments: 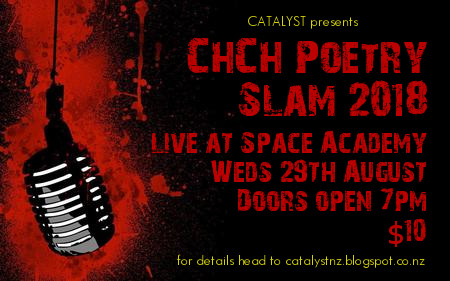 The official NZ Poetry Slam rules are here.
Posted by Catalyst at 3:43 pm No comments: