I Statements -by Randall $tephens

Posted by Catalyst at 2:43 pm No comments:

First open mic of the year and we've got a special treat for y'all. The night will be opened for us by a touring performance poet from Melbourne, Randall $tephens. 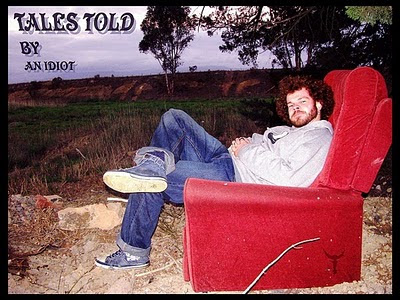 Come along and check it out and join us and Randall for a drink or 3 at Al's Bar.

Click on Randall's name above to visit his blog and also check out:

13.7 billion Years ago an infinitely dense singularity existing without time or space exploded for unknown reasons, creating the universe. Then for a while not much happened.

In 1980 “The Empire Strikes Back” came out, and Randall $tephens was born, in Westport New Zealand. Randall $tephens is the last angry man, he was the first one too. He doesn’t use phrase like ‘l-o-l” and doesn’t tell people all about his new kettle on facebook. He does not believe in fairies (plop!). He doesn’t suffer fools. He doesn’t play nice with the other poets.

After travelling around performing poetry in New York, London and India, he returned to Australia. Randall is currently living in Denial, while visiting other emotional states throughout Australia and New Zealand. He is blogging unhealthy amounts of new poetry at 'Tales Told By An Idiot' (www.randallstephens.blogspot.com) where you can read it. He is however, truly at home on stage. He has a delivery style putting emphasis on having emphasis, combining a strong stage presence with clear, direct and personal writing.
He performs. Well.
He is on his way to see you. 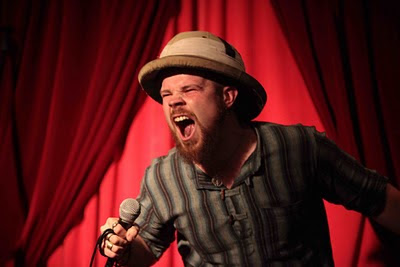 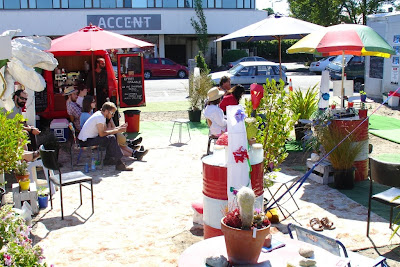 I've been meaning to post about this for ages but well, you know Christmas and all that.


From 25th November to 5th December last year, these wonderful peeps pulled together a rag tag bunch of friends, artists, favours and sponsors to make something wonderful happen among the rubble of earthquake-rattled Christchurch.

Gap Filler was the resulting creation and like our own little urban 'field of dreams' - they built it and we came. 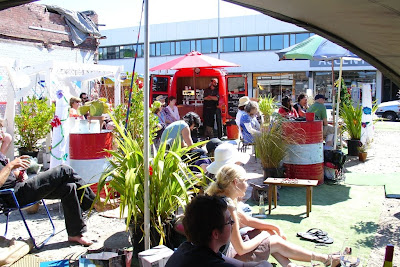 For more info on what the-? Gap Filler actually is, make the jump and for a page with more photos of some of the cool stuff that happened see here.

Poets took over the Gap for 3 afternoons on the weekends of this run, under the heading 'Poetry in the Gap' we came, we performed, we drank a lot of wine in the sun. A big thank you to Micah Timona Ferris for herding cats (poets) and making it all come together. A few poets even managed to sell a book or two. Here's some images of it all in action. 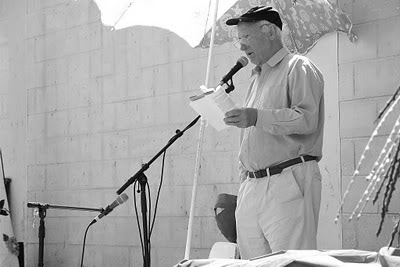 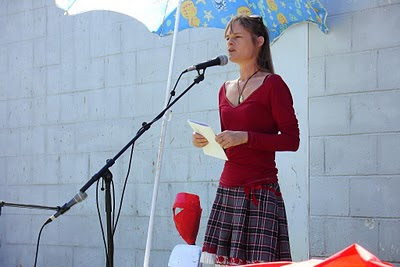 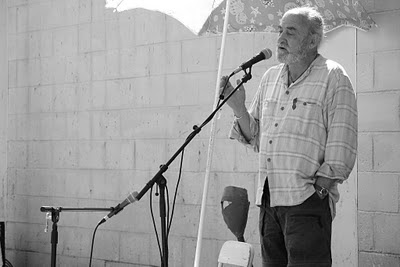 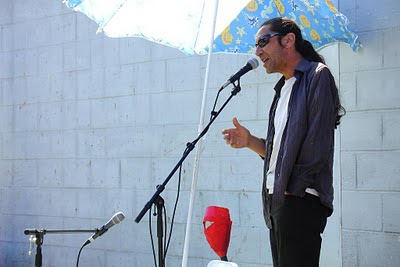 Ben Brown
Posted by Catalyst at 1:13 pm No comments: