Email ThisBlogThis!Share to TwitterShare to FacebookShare to Pinterest
Another Literary Gold
for Innovative Journal

Lyttelton-based literary arts journal Catalyst is launching another trail-blazing edition as part of The Press Writers’ Festival 2008. Exploring the resonances between music, lyrics and poetry The Original Branch Manual: Catalyst 7 presents a little audio alchemy by playing with the ‘accidental synergy’ within music, evocative poetry and the sung lyric.

Another 1st for in Poetry-Music Fusion.

Defying definition and bending genres has always been a feature of Catalyst. This volume breaks out of the book format altogether and marks the return of the spoken word CD from the first journal in New Zealand to produce and release a ‘poetry in performance’ recording.

This second outing for the spoken word feature once again takes the lead in fusing poetry with music in a new and interesting way. Performance poets are paired successfully with beautiful, evocative and lyrically interesting songs in a seamless aural landscape lovingly prepared by musical auteur Jody Lloyd. “She'll Be Right acts are often renowned for a sincere and thought provoking lyrical approach.” says Lloyd, “Just as brilliant lyrics come alive on the page, brilliant poetry comes alive with music.” Editor and Publisher of Catalyst Doc Drumheller emphasises the impact of Lloyd. “Through the skill and vision of producer Jody Lloyd, what has resulted is a hybridised form that invites the listener to interpret layers of sensuous details.” 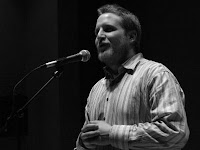 Catalyst 7: The Original Branch Manual sees the journal once more collaborating with critically acclaimed producer, rapper and founder of She’ll Be Right Records label, Jody Lloyd. A Christchurch stalwart and staunch ‘natural accent’ rapper, now based in Melbourne, Lloyd brought various artists from She’ll Be Right Records together with poets gathered by Catalyst editors Doc Drumheller & Ciarán Fox in a fresh audio-literary experiment. “We approached poets who have had success both on the stage and the page and looked for music by songwriters enriched by thought provoking lyrics.” says Drumheller. “We aimed for more of an ‘accidental synergy’ instead of a deliberate crossover when fusing these elements.” 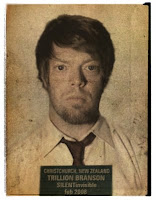 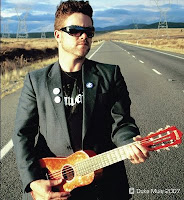 Drumheller concludes “The Original Branch Manual, Catalyst 7 is the tangible conclusion of this experiment between Neoismist Press and She’ll Be Right Records. Now this mix of written, visual and aural work invites you to add a kinaesthetic layer, by shaking your hips or tapping your feet and take the project to a new dimension.”

Founded in 2003 by Neoismist Press, Catalyst has focused on presenting new and emerging writers alongside significant writers from here and abroad. Committed to high quality design and production as well as risk-taking and innovation, Catalyst has challenged the conventional literary journal format. This is the 7th volume from the young upstart of the literary scene which is rapidly gaining international attention due to the calibre of featured poets and its distinctive art & design. Catalyst has previously published such internationally significant poets as South African poet laureate Keorapetse Kgositsile, founder of Poets Against War Sam Hamill, and president of the World Haiku Association Ban’ya Natsuishi. The Original Branch Manual: Catalyst 7 has been funded by Creative Communities - .

Posted by Catalyst at 1:38 pm No comments: