Lots of fun last night at Al's Bar for the Phantom Billstickers launch of their third series of poetry on posters, on the occasion of Janet Frame's birthday. A bit of an impromptu open mic occurred and Al's famous hospitality was enjoyed by a good crowd of poetry-heads. The Janet Frame literary trust also announced the 2009 winners of the Janet Frame Literary Award:

Phew! That's some link-heavy action up there. Let's see some of you down at Al's again this coming Wednesday for Catalyst's open mic.

The Phantom of Janet Frame...

To mark the occasion of Janet Frame's Birthday tomorrow, Phantom Billstickers is launching it's third wave of "Poetry on Posters" which includes Catalyst fave Ben Brown. The winner of the Janet Frame Prize 2009 will also be announced.


“Poetry on the occasion of Janet Frame’s birthday”

There’ll be refreshments and entry is free.
Presented by Phantom Billstickers
Posted by Catalyst at 4:50 pm No comments: 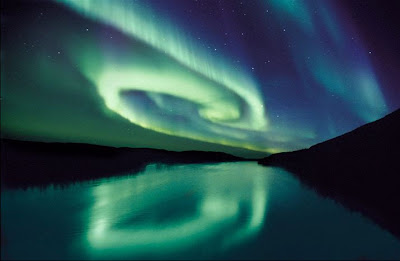 Poetry meets Music. They have an affair and the result is beautiful children.
Ragamuffin Children.
As part of Fat Eddie's Art of Mixology series of performances, Ciaran Fox is once again joining the Ragamuffin Children for an evening of music, poetry and spoken word.

If you missed them in the Christchurch Arts Festival as part of Love Letters in the Margin, now's your chance to experience one of the most sublime pairings to take the stage at the Festival Club in 2009.
Posted by Catalyst at 3:59 pm No comments:

Congratulations to local writer and Catalyst friend Frankie McMillan on the release of her first collection of poetry. Sudden Valley Press media release as follows: 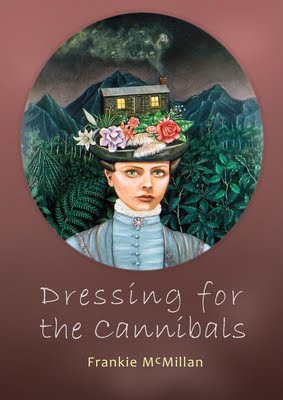 Frankie McMillan: Dressing for the Cannibals

Frankie McMillan's first poetry collection, Dressing for the Cannibals (Sudden Valley Press), will be launched on Thursday 20 August, at 5.30 pm at the Christchurch Central Library, as part of the library's 150th celebrations.

In 2001, Frankie McMillan's short story collection The Bag Lady's Picnic (Shoal Bay Press), described as "dazzling" by the NZ Listener, received widespread critical acclaim. Now Dressing for the Cannibals—described by editor, Michael Harlow, as "full of those surprises that quicken the heart as well as the head"—promises to bring the same excitement to New Zealand poetry.

Described by the Christchurch Press's Poetry Editor, James Norcliffe, as "often surreal, faux-naif and dreamlike" the poems in Dressing for the Cannibals reflect the intriguing cover art by McMillan's daughter, NZ artist Rebecca Harris. As shown so often in her prose, McMillan has a keen, but nonetheless compassionate eye for the eccentricities of human life and nature, as well as a sly but also subversive wit.

Frankie McMillan holds a MA in Creative Writing (with Distinction) from the International Institute of Modern Letters at Victoria University. She held the Creative New Zealand Todd Bursary in 2005 and her poem, My Father’s Balance, won the NZ Poetry Society International Poetry Competition 2009; birthday boy, was runner up in the same competition in 2008. McMillan's short stories have appeared in Best New Zealand Fiction 5 and 6 (Vintage: 2008; 2009) and Essential New Zealand Short Stories (Vintage 2009) and both her poetry and short fiction have been widely published and anthologised. She is currently a creative writing tutor at Hagley Writers' Institute and the Christchurch Polytechnic Institute of Technology.

In addition to the launch of Dressing for the Cannibals on Thursday 20 August, Frankie McMillan and five guest poets (Bernadette Hall, Michael Harlow, Joanna Preston, David Gregory and Ross Brighton) will read at the Christchurch Central Library, from 12.30-1.30 pm on Friday 21 August, again as part of the library's 150th celebrations.
Posted by Catalyst at 10:16 am No comments: